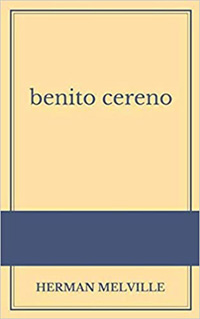 I decided to pick up this classic novel by Herman Melville to explore issues of slavery, race and human depravity as part of my research for an article about an American author in Ecuador and is Black fisherman partner – and I was not disappointed.

Set in 1799, the crew of an American trading vessel, the “Bachelor’s Delight,” notices a Spanish slave ship has fallen into distress. The circumstances seem strange since the Spanish ship displays no flags to identify it. The American Captain, Amasa Deleno, notes some oddities, especially the relationship between the Spanish Captain, Benito, and his Black servant man, Babo. The actual circumstances are blurred somewhat by the narrator’s distorted interpretation of the facts, so the reader must learn to literally read between the lines to determine what’s really going on.

As the story unfolds, the reader learns about the different personalities of the Spanish Captain and his man servant. Don Benito has a profiteering character, while his manservant, Babo, is fierce and brutal. The source of some of those differences is revealed at the beginning of the novel when Captain Cereno says that Babo is actually a “king in his own land.”

The American Captain Delano expresses what might be considered a popular opinion about the slave cargo, which further complicates the interaction between him and Babo,

There is something in the Negro which, in a peculiar way, fits him for avocations about one’s person. Most Negroes are natural valets and hairdressers….And above all is his great gift of good humor. Not the mere grin or laugh, but a certain easy cheerfulness, harmonious in every glance and gesture; as though God had set the whole Negro to some pleasant tune.” He attributes these characteristics to, …the docility arising from the unaspiring contentment of a limited mind…

Later on in the story, Captain Delano acknowledges, “Ah, this slavery breeds ugly passions in man! Poor fellow!” Referring to Captain Cereno taking out his wrath on Babo for nicking his face while shaving him.

Ugly passions indeed! When Babo attempts to stab the Spanish Captain toward the end of the story, “the scales dropped from (Captain Delano’s) eyes, saw the Negroes, not in misrule, not in tumult, not as if frantically concerned for Don Benito, but with mask torn away, flourishing hatchets and knives, in ferocious piratical revolt…”

The brutality of Babo’s revolt was further revealed to both Captains when a canvas was torn away for the front of the ship, “suddenly revealing, as the bleached hull swung round toward the open ocean, death for the figurehead in a hung skeleton; chalky comment on the chalked words below, “Follow your leader.” With that, Captain Cereno covers his eyes and wails, “’Tis he, Aranda! My murdered, unburied friend!”

Several months after the trial, Babo’s body would be dragged to the gallows at the tail of a mule, where the “black met his voiceless end. The body was burned to ashes; but for many days, the head, the hive of subtlety, fixed on a pole in the Plaza, met, unabashed, the gaze of the whites…” And soon after that Captain Cereno, who refused to look at or reference Babo in any way, would die, probably due the physical and psychological trauma he suffered during the ordeal.

Melville first published this story in 1855, four years after the publication of his most famous book, “Moby Dick.” The story was originally a serialization of “Benito Cereno,” which became so popular that the author published it as a distinct book.

Like many readers before me, I appreciated the author treating both the white and black characters in a realistic, unsentimental fashion and demonstrating how the institution of slavery damaged both the white masters as well as the black slaves.