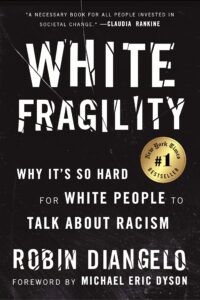 With the brutal and very public killing of George Floyd, and some 26 million people around the world who have joined the Black Lives Matter protest, this seemed like a good time to better educate myself about racism and my own privilege. Move out of my comfort zone and join with the Black and White communities ready to promote improved education, healthcare and fair wages for all Americans. Given the numbers and diversity of people participating in the protests, this could be a pivotal point in our history, especially with elections on the horizon.

I was brought up in Plainfield, New Jersey and, although many of the students were Black in middle school, I rarely saw only a small number who were part of the “advanced” classes, and these kids seemed very scholastically motivated. My family moved to Littleton, Colorado when I was 16 and from there to Evergreen in 1963.Shortly after we arrived in Colorado, all hell broke loose in New Jersey with violent race riots, burning property, shooting and looting. And, I remember thinking, “What was that about? Boy, did we get out of there just in time!” By 1967, Newark, New Jersey riots were one of 159, including one four-day tirade in which 26 people died.

I’d go to school on the Western slope of Colorado and didn’t see many Blacks, and then went overseas where I was exposed to a more diverse population, including three years working in West Africa. But when I returned home, I ended up in Scottsdale, Arizona and found a home in what we considered the best school district, Paradise Valley, which is predominantly white, as schools are basically funded by property taxes in this country, so those who can purchase the best homes often have the best schools.

This New York Times bestselling book attracted me because the author is a recognized trainer and educator on racial and social justice issues. She deals head-on with white people who ignore race and are dealing with emotions like anger, fear and guilt, which often leads to argumentation and silence. More importantly, the author not only explains the phenomenon, but also explains how it protects racial inequality and what we, as a society, can do to engage more constructively.

The author starts with, “White people in North America live in a society that is deeply separate and unequal by race, and white people are the beneficiaries of that separation and inequality.” What she calls “White Fragility” is born of a feeling of superiority and entitlement. “Discrimination is action based on prejudice. These actions include ignoring, exclusion, threats, ridicule, slander and violence….When a racial group’s collective prejudice is backed by the power of legal authority and institutional control, it is transformed into racism…”

The facts are not friendly:

Her statistics on the level of inequality in this country are no less revealing:

The author points out that, “Life in the United States is deeply shaped by racial segregation. Of all racial groups, whites are the most likely to choose segregation and are the group most likely to be in the social and economic position to do so. Growing up in segregation (our schools, workplaces, neighborhoods, shopping districts, places of worship, entertainment, social gatherings, and elsewhere) reinforces the message that our experiences and perspectives are the only ones that matter.”

The author provides some “color blind statements,” which indicate that people do not see race:

She also provides some “color-celebrate” claims that the person embraces racial differences:

She goes on to analyze some of the assumptions that prevent recognition of the problem:

Most importantly, the author provides some clear instructions on how to personally become an anti-racist, “We can follow the leadership on antiracism from people of color, and work to build authentic cross-racial relationships. We can get involved in organizations working for racial justice. And most importantly, we must break the silence about race and racism with other white people.” Well, I have my marching orders!

The book has been a New York Times best seller and here is a thoughtful critique from The New Yorker: “The value in White Fragility lies in its methodical, irrefutable exposure of racism in thought and action, and its call for humility and vigilance.”

The table of contents will provide an idea of how the book is organized:

Robin Diangelo is an academic, lecturer, and author and has been a consultant and trainer on issues of racial and social justice for more than twenty years. She formerly served as a tenured professor of multicultural education at Westfield State University. Her original article, which is the basis for this book, has influenced the national dialogue on race and been cited in the New York Times, Colorlines, Salon, the Atlantic, and on NPR.

Several of his articles have been published in Ragazine and WorldView Magazines, Literary Yard, Literary Travelers and Quail BELL, while another appeared in “Crossing Class: The Invisible Wall” anthology published by Wising Up Press.  His reviews have been published in the Midwest Book Review, by Revue Magazine, as well as Peace Corps Worldwide, and he has his own column in the “Arizona Authors Association” newsletter, “The Million Mile Walker Review: What We’re Reading and Why.” His essay, “Hugs not Walls: Returning the Children,” was a winner in the Arizona Authors Association literary competition 2020 and was reissued in “Revue Magazine.” Another article was recognized in the “Solas Literary Awards for Best Travel Writing.”