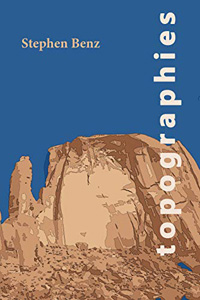 I was drawn to this book because the author had written about my favorite part of the world, Guatemala, as well as several parts of the Wild West. The reader is taken through a diversity of locations starting with the Everglades and the sad story of the mass killing of egrets. Forty to sixty hunters would descend and let loose a “barrage,” killing hundreds of birds. The author goes beyond the location and even its beauty with a dramatic focus on history.

In Nebraska, we are introduced to the plight of several tribes like the Cheyenne, the Sioux and the Pawnee.

As more and more emigrants arrived to exploit the land, the environment suffered; resources were depleted and landscapes stripped. The pioneers showed little or no concern for those who might come after, or for those who were already there. Rather, the immigrants responded to immediate needs and took what they wanted. The stripping of Ash Hollow was the first of many destructive acts, presaging a ruthless attitude toward nature that would culminate a few decades later with the senseless slaughter of millions of bison…..

Among the interesting characters the author introduces us to is “Our Mailman in Havana,” Eddie, who takes the author on his route and introduces him to the different buildings he enters. The author’s exploration introduces the reader to many interesting aspects of Cuban society and history, including the charge up “San Juan Hill,” which most known because of the involvement of the soon to be president, Teddy Roosevelt, and his “Rough Riders.” Unlike the correspondents covering Roosevelt’s involvement, he focuses on the protracted battle of Cuban guerrillas against the much superior Spanish army and tells us:

Despite these heroics, the American soldiers spurned the ill-equipped, starving, dark-skinned Cubans. The American commanders assigned Cubans to dig trenches and, since there was a shortage of mules, to carry supplies. Correspondents wrote that the Cubans were “worthless” and “a sorry disappointment.”

Despite what he identified as dereliction of duty by Teddy Roosevelt, the author focuses on another group of unsung heroes of the tenth Calvary, which was an all-black regiment – part of the officially segregated U.S. forces. One Southern officer later said,

If it had not been for the Negro cavalry, the Rough Riders would have been exterminated. I am not a Negro lover…but the Negroes saved that fight. At the time, according to the author, no newspaper wanted to report that the vaunted Rough Riders had been saved by black soldiers.

The author spent several years in Guatemala, which is reflected in several stories representing the region’s past, as well as the present. He takes us back to 1561 when Catholic Priest Diego de Landa, who had been taken into the inner circle of Mayan elders is named the Provincial head of the order in Yucatan. And then the story takes a dark turn,
…the cache of idols was discovered and the troubles in Mani began. Several weeks after the first auto-da-fe, Landa arrived in the village to assume supervision of the inquisition. He set up his court under the trees outside the monastery, and there, for the next three months, Landa interrogated and tortured more than 4,500 Maya, including people whom he had befriended during his missionary days. At least 158 people died during the inquiries.

The story ends with the introduction of yet another fascinating character and a surprise twist. As the author leaves the church where this sad piece of history took place, he came across the doorman who
…dragged a malformed leg behind him, the worn leather of his boot scraping on the floor and echoing in the cavernous church. He came toward me and stared hard. With his large head and big round eyes, he looked like some cave creature emerging from the depths. But as usual, the first impressions deceived. A soft, clear voice belied the dwarf’s seemingly grotesque appearance.

After asking the author how he liked the church, the author asked why no marker existed to commemorate that historic event, to which the doorkeeper looked up with a sad, wry smile and shook his head.

Ah, well, that is another matter. How do you say “odio” in your language?

Well, you see, he said, “here there is much “odio” for Diego de Landa. No, there can be no memorial to Landa here in Mani.

His profile on Guatemala ends with a humorous tale of surviving the traffic in the chaos of Guatemala City, as well as an insightful story about the importance of poetry in the lives of Guatemalans and their ability to recite poems of famous poets like Neruda, Dario and Garcia Lorca. And yet, young intellectuals and poets were mistrusted by their government and often pursued and even killed.

The author is an accomplished writer, having written two books of travel essays and published essays in Creative Nonfiction, River Teeth, TriQuarterly and other journals. Two of his essays have been selected for “Best American Travel Writing” (2003, 2015). He now teaches professional writing at the University of New Mexico.

Reviewer Mark Walker was a Peace Corps Volunteer in Guatemala, co-founded a Guatemalan development agency and then managed child sponsorship programs for Plan International in Guatemala, Colombia and Sierra Leone. He has held senior fundraising positions for several groups like CARE International, MAP International, Make-A-Wish International, and was the CEO of Hagar. His memoir, Different Latitudes: My Life in the Peace Corps and Beyond, was published by Peace Corps Writers in 2017 and was ranked 36th by Amazon for “Travel, Central America and Guatemala. Two of his articles were featured in Revue Magazine and several others in WorldView, Ragazine and in the “Crossing Class: The Invisible Wall” anthology by Wising Up Press. Mark’s wife and three children were born in Guatemala and now live in Scottsdale, Arizona.